I recently picked up a medium Scorch after waiting a long time on a Dagger Phantom order that was delayed for Covid reasons, and I cannot believe the amount of inquiries I've received for information on it! For reference I'm 6'2", with a 32-34" inseam and about 165-170 lbs. You can see the full list of boats I've had at the bottom of my 'Paddling Résumé' page to know what it's being compared against. I've only had it out on the Ottawa River Main Channel at -1.75, Petawawa Upper and Town sections around 19 cms, and on the rivière Rouge Seven Sisters section at about 31 cms. I'll write a full review after Gauley Fest or in the winter likely.

I don't know what it is about this boat, but once I dialed in the outfitting and boof stroke timing, things just clicked between us. I was a huge fan of the Burn, always wishing for some modern updates including more rocker, and this seems to be that answer, along with many other lessons Pyranha have learned and integrated along the way. It accelerates at an impressive clip, and is fast, though I don't think as fast as the 9r style boats. It has amazing primary stability, as well as decent secondary. It is incredibly effortless to roll, which I did not expect. It can hang on waves and surf like a dream. The size of the medium feels perfect for my weight class, it's confidence inspiring and handles big water incredibly well while feeling like it could handle whatever larger creeky drops I throw it into. When you boof it seems to just skip over everything for a very long time...accelerating into eddies. While there isn't a ton of room for overnighter gear in the tail, I feel like it would handle well loaded up as well.

Outfitting wise the Scorch took me awhile to get used to, oh how I wish all these boats could have ZET outfitting! After fiddling with things, I've finally got to a point where it feels very comfortable, but it did take some trying things out more than the usual boat. By comparison, the original 9r took me no time to get comfy in.

When comparing the boat with others, it seems to fit its own unique niche. It is quite different from the 9r's and many other boats that people seem to expect it to be an extension of, having a much longer and wider flat contact patch, less gradual rocker and much more abrupt edges. To me it feels like a modern update of the Burn, with more rocker on each end and narrower, especially contact patch wise, with a nice taper to the edge getting wider towards just behind the seat, and rails that extend all the way to the rear of the boat and don't end nor round off on the especially wide tail. It also doesn't seem to stern tap on drops the way other boats seem to before you get used to avoiding it, nor does the tail catch in current the way I found the 9r2 would. Other ways I would describe it are as a creeker version of the Rewind, or a smaller and more manageable version of the Phantom. Side by side with a Ripper (which I have never paddled), the edge looks very similar as well, besides the difference in the tail. It also seems to have a hint of Mamba reminder in it's DNA.

It's the heaviest Pyranha boat I've ever had, which is notable since they are usually quite light I find, maybe the plastic will handle better, I certainly do hope so as that's been one of my major hesitations in picking up a new Pyranha over the years.

Overall it's almost in a class of it's own, granted I haven't paddled any of the Waka boats, it seems like the perfect solution to all of the problems you didn't know you had for an aggressive paddler. Make no mistake, there is an overload of edge on this boat, you can't sit back and chill, and need to stay ahead of things...but if you do, like so many other similar boats, it will reward you. With all this edge, this boat will not be for everybody obviously.

In conclusion, don't rely on how you think this boat will be and compare to other boats, get out and take a chance on her, she's different in indescribable ways. She won't be for everybody for sure, but if you're like me..you might end up very pleasantly surprised and rewarded. 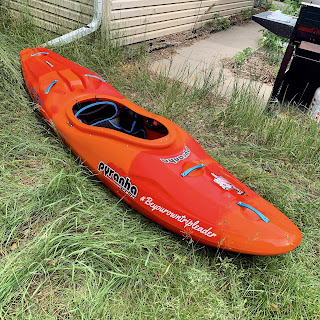 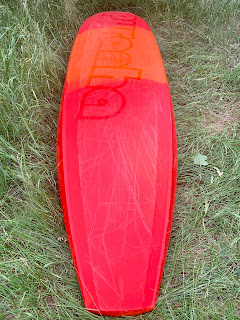 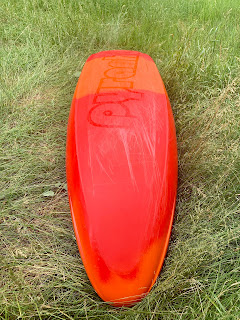 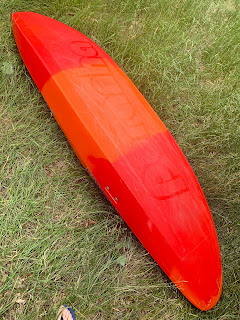 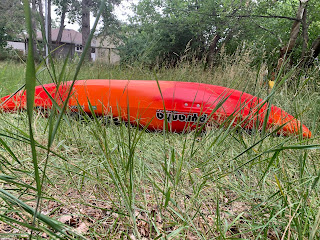